As We've Transformed to Digital Socialization, Leftists Control Every Narrative 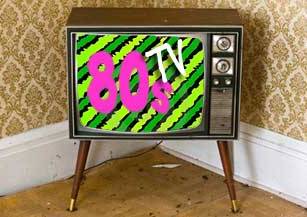 In a recent social media post a user was talking about watching the 1980s TV action show 'Air Wolf' with his family. He mentioned how, besides the entertainment value of the show itself, it was also a time capsule looking back at what life was like.

I've noticed this phenomenon, and maybe you have, too. I don't watch much TV. In fact, we don't have cable and we're too far from broadcast TV towers to pick up over-the-air television channels. So, like a lot of people, we basically have some subscription services. I rarely watch at all, my wife has certain series she enjoys. But that's pretty much it.

Watching TV shows from even the 1990s, like 'Seinfeld' is as fascinating for the cultural reminders as it is for the story itself. For instance, how many of the personal drama hilarity in Seinfeld plots could've been solved if they had cell phones? George having everyone sit by the phone so they could answer it "Vandalay Industries?" or any of the "where were you?!?" bits wouldn't work at all nowadays. And much of the amusing banter or disagreements among friends that were a staple of TVs and movies is solved now with a quick Google search on your smartphone or check-in with Alexa.

Social media has also completely transformed how people socialized. Most of us have "friends" we talk to online who we've never actually met. Socializing is a thing that, throughout the entirety of human history until the past decade, was something people had to do in person. If you hung out somewhere and acted like a jerk, you'd be corrected, or at least avoided. If you were insufferable enough, you might get thrown out of a place. Maybe punched, depending on what you said and to whom you said it. As the guy with the Air Wolf box set mentioned, there was nobody to "moderate" and pick - in advance - who the winners and losers were going to be like there is now on social media. Twitter and the other tech giants are constantly purging entire classes of users for wrongthink, deleting speech, monitoring speech and deciding if the lynch mob demanding a user be canceled will get their wish. In the time before, the bartender, party host or whomever wasn't in charge of policing what people say. People were responsible for themselves, and if enough people thought a guy was a jerk they just avoided him. Being bad for business, someone making an ass of himself to enough people usually got shown the door or not invited back. But that was purely practical, not being the 'moral police'.

We've fundamentally transformed how humans interact with each other. We've created a permanent baby class. When my kids were little, we always encouraged them to face disappointment and difficulty head-on, make the best decision on handling it and drive on. This was necessary, we explained, because there wouldn't always be a parent or teacher to correct things for you. The tech giants have effectively stepped in as worldwide parents or teachers. Their favored children run to them and tattle every time they're offended at something one of the less-favored children said and demand they be punished.

This bizarre virtual, perpetual parenting has created an unnatural, permanent immaturity in our culture. There's not only a jostling among the "children" to be more favored with the big tech "parents", but a never-ending demand for more punishment of the less favored "children". It has stunted the emotional growth of an entire generation. Permanent infantilization on a mass scale.

Which is one reason everyone feels like everything has gone crazy. Because our speech, our relationships, the things we enjoy...it's all being managed by "Super Parents".

As I write this, there is total confusion surrounding the decision by Big10 officials about canceling the 2020 college football season. Some member schools have been very direct in insisting the season will not be canceled. Media is reporting the vote has already happened and the schools have definitely canceled it. There is pushback, confusion and accusations of false reporting. A friend noted the normally rock-steady people he knows involved in leadership seem to be unusually confused. This is because people in leadership in every area of America doesn’t realize that social media has been 98% purged of those who disagree with the major media narrative.

They don't understand that social media is not real!

They see CBS-CNN-NBC-NYT-WaPo-ABC-MSNBC and virtually all of social media screaming the exact, same thing. They can’t seem to grasp that that’s on purpose! In 2015-16 social media was the counterbalance against major media. After Donald Trump's election the tech giants set out to cancel points of view differing from the approved narrative. This total confusion is the result.

Major media effectively controls all of social media. Whatever the leftist narrative on any given topic is deemed "TRUE", and different opinions are quashed as "fake news" and scrubbed as dangerous misinformation. People in leadership positions see a single, amplified point of view, act on what they believe to be a near-unanimous consensus, and then are stunned at the resulting pushback. This disconnect is the source of the massive confusion in so many institutions today and the frustration of so much of the American people.

To the vast majority of Americans, rioters are not heroes. Police are not universally despised. America and it's founding is not hated. Most people are not cowering in fear of the coronavirus. These are all major media narratives created and amplified to push political agendas. The people pushing these narratives all vote the same way and live in a bubble. Over and over again, leftist media create a narrative they want to be true, report it as actually true and hope their reporting will make it true. They did that for over three years with the Russian collusion hoax. We now know there was zero basis for that. The House testimony of the Obama principles in that mess shows witness after witness told Adam Schiff's committee they didn’t personally have any evidence of Russian collusion. But everyone on the left just assumed SOMEONE did, so they just all reported there was a “mountain of evidence” being built. Major media all got in line, reported the same thing and social media giants made sure to snuff out legitimate questions by labeling them "fake news".

If Donald Trump is reelected in November, after four years of nonstop attacks and accusations by a viciously hostile majority media, universal condemnation across social media platforms and polling showing Americans virtually unanimous in their hatred for the man and everything he's done or said his entire presidency, it will be the greatest demonstration of the complete disconnect between reality and those who completely control sources of information.

We cannot go back to the pre-internet or pre-cell phone days, but we can implement safeguards to assure that information, debate and discussion in our digital world is not entirely controlled by one side of our political spectrum.