Patriotic Americans: They Hate You 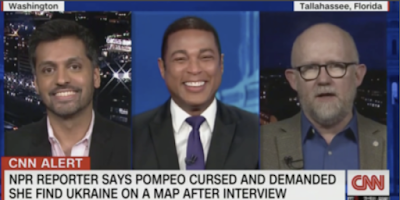 Patriotic Americans: Do you want to see what the media thinks of you? What establishment republicans think of you? What inside-the-beltway D.C. elites think of you? What #CNN thinks of you? Watch this segment. They laugh at you. They mock you. They make up a "retarded" (lispy, simpleton) accent and imitate you saying what they accuse you of thinking. They mock you as uneducated and stupid. They say you're too stupid to know how profoundly stupid your President is. That you like him so much and vote for him BECAUSE he's an uneducated simpleton just like you and your filthy, stupid family and your filthy, stupid friends and all the other filthy, stupid people in hillbilly land who voted for him. They're so comfortable spewing pure, hate-filled bile at you they'll do it on live TV during a "news" program. They hate you. They hate President Trump. They hate that you've elected him. To the elite, THEY are the only ones allowed to select leaders. Never forget: They hate you.
Posted by Sean Harshey at 3:50 PM No comments:

Serious Question: Has Hillary Ever Admitted a Mistake, Failure or Error? 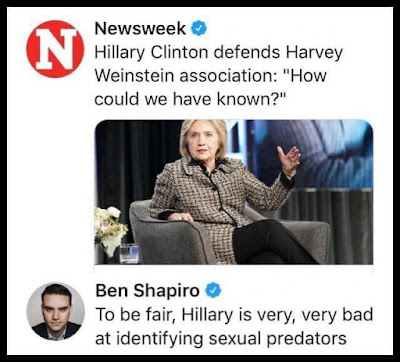 I don't want to talk about Hillary Clinton. She's a failed presidential candidate and someone who's not of any consequence anymore. That is, she doesn't have any official impact on any policy or anything in our lives. But she's like lingering cold symptoms. A runny nose or a nagging cough that hangs on long after the illness has run its course and you feel better. She just keeps hanging around, irritating people and trying to make herself relevant again.

But the more she talks, the more she demonstrates exactly why America dodged a bullet in 2008 and again in 2016. This woman is absolutely pathological. She lies so easily and without any apparent remorse or regret that it's as much a demonstration of how stupid she believes everyone is who hears her lies as it is a reflection on her inability to tell the truth about absolutely anything.

Hillary was speaking on a panel discussion a few days ago and, in summary, claims she and all her aides and advisors had no idea Harvey Weinstein wasn't a gentleman with women and girls. She was shocked to read that fact in the papers! It could be relevant somehow that Weinstein is a Democrat party mega-donor and donated/bundled/fundraised millions of dollars just for Hillary's 2016 White House bid. Who knows how much cash he poured into Bill's campaigns, Hillary's 2000 Senate campaign, Hillary's failed 2008 presidential campaign or that monstrous slush fund "Clinton Global Initiative"?

The link to the story is in the photo above and here.

Her claims about her and her entourage being completely surprised to learn of Weinstein's reputation and behavior is a Hillary trademark. No different from her claims of ignorance regarding Benghazi or her husband's famous reputation. For some reason, she doesn't seem to comprehend that her claims that she didn't know anything about it makes her look either really, really dumb or like she's a pathological liar. Neither of which are flattering and both options put her supporters in a tough spot. It's like there's a gigantic blind spot that she simply refuses to see.

I wrote about a similar question that Hillary simply refused to deal with back in 2015. Over and over again, Hillary and her supporters were caught completely flat-footed by a simple question about Hillary's accomplishments. Every single time, they had no idea what to say. My observation wasn't even a partisan one. It was painful to see people who should have been expecting the question and seen how it made them look stupid over and over. But they never managed to come up with a response. Any response, even a bad one. They had nothing and just looked foolish every time. It was embarrassing and I actually felt kinda bad because it was so humiliating. And all this is to say nothing of when Bill was caught red-handed sexing up an intern and she went on the Sunday morning shows and denied everything for him and said the accusations were "a vast, right-wing conspiracy"?

I can't think of a way that I could possibly care any less than I do about what celebrities are doing. That said, even I knew the name Harvey Weinstein and that it was synonymous with sleazy "casting couch" Hollywood sexual exploitation. Admittedly, I didn't know if he was a fictional character or an actual person or someone from Hollywood's past history. But even in my complete disconnect, I knew the dude's name and what he was infamous for.

Hillary is the worst liar in history. Has she ever just owned a mistake or just honestly confronted a bad situation in her entire life? I'm not sure who keeps inviting her to speak at their events, but there has to come a point where there's a more relevant, honest guest speaker to invite.
Posted by Sean Harshey at 12:26 PM No comments: 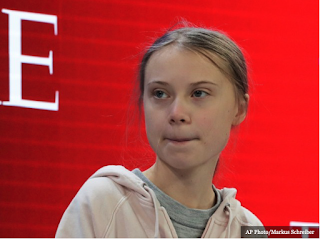 Leftists are the most selfish people in human history. They don't think twice about sacrificing children to advance their political agendas. Abortions, forced busing, confusing little kids with sexual politics.  They don't think twice about destroying a kid's childhood to score some political points. Now all this climate BS. Terrifying children by telling them there's no point in living because the world will be uninhabitable in 10 years and we'll all be dead, anyway. It's child abuse. And nobody who's telling them these lies will ever be held accountable.

I was a little kid in public elementary school in the 1970s. I remember learning about how the future only held starvation, chaos and terror because the world would be overpopulated in the 1970s and wars would break out between nations by 1980 over diminishing food supplies. The world population was supposedly going to far out-strip available food sources and droughts and the new ice age were supposed to make crops impossible to grow on then-current farmland. This was, of course, the teaching from the now laughably debunked book 'The Population Bomb' by Stanford professor and professional climate fear monger Paul Ehrlich.

All this destruction and chaos was predicted to be 5-10 years away. Just around the corner! In fact, Erlich's book was published in 1968, with predictions of total climate disaster by 1980. 12 years. Sound familiar?

Not only were we learning this garbage in school, it formed the premise of a lot of pop culture. Soylent Green (1973), Logan's Run (1976) and Mad Max (1979) were typical of the movies being offered up and based on the "fact" that Earth would be uninhabitable and mass extinction and mass starvation were going to kill us all in the next few years.

I began high school in 1981 and graduated from college in 1989. During those years of high school and university, I saw the claim change from a new ice age to global warming. I remember thinking to myself as a teenager the first time I heard about global warming: "Now, wait just a minute!" It was such an obvious complete reversal of everything "experts" had predicted since I was a kid that it was easy to dismiss. Plus, the fanaticism and thinly-veiled political agenda was a dead giveaway this was all just a big lie.

As the Soviet Union and the Eastern Bloc communist dictatorships crumbled (to the great disappointment of my college professors, who hated President Reagan and ordinary Americans and fantasized of the glories of marxism) about the time I graduated from college, I noticed the American university communist fan-boy class all migrating to the "environmental" cause. Which seemed very odd to me considering communist nations were the filthiest places on Earth. It became obvious at that time - the early 1990s - that the environmental movement had nothing whatsoever to do with what we used to call 'ecology' when I was a little kid. Clean water, clean air, not being a 'litterbug', etc. It was just the latest excuse for political elites to control populations.

The early 1990s is when I remember there being a new routine of crazy alarmist predictions about how many years we had until global warming would kill us all. In about 1992 or so, a famous actor lashed out at regular Americans and wailed and moaned that humans would be extinct in 5 years if we didn't elect Democrats and institute draconian measures to control humanity. So...that would be by 1997. We were all supposed to be dead. Of course he was never held to that stupid prediction. Former Senator and Vice President Al Gore has famously made all kinds of wild predictions trying to institute communism. None of his predictions have come true and he's never held accountable.

That's why it's both amusing and sad to see high school and college kids in an abject panic repeating the exact, same nonsense kids have been told since the 1980s. Same catastrophic predictions, same life-and-death scenario, same time frame. Always juuuuust around the corner. Close enough to make kids cry and start harassing their parents to vote for liberals, but far enough away to milk the lie and for people to forget what they said. It's shameful.

None of these wild predictions will come true, as always. And, as always, nobody will be held accountable for these lies. In 10 years they'll just have new little kids to lie to and give them a new date a few years out to get them all panicked and screaming at the adults to vote liberal to "save the planet".
Posted by Sean Harshey at 12:13 PM No comments:

I've been gone for almost a year working on a special assignment overseas. I can't discuss my whereabouts or what I was up to, but I'll be able to do so sometime in the future. I want to thank everyone for the great emails and private messages. Beginning next week, expect regular blog posts as well as the Harsh Reality podcast to be back 'on the air' beginning in February.

Thank you, and let's get this party started! Lots to talk about! -Sean
Posted by Sean Harshey at 5:20 PM No comments: