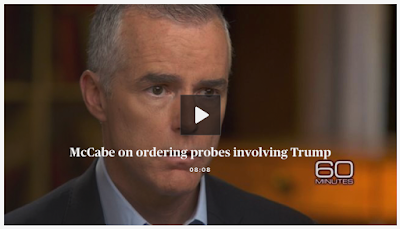 If this man isn't charged with Treason, by his own admissions, the Rule of Law in this country is dead. This is all besides his open use of the FBI as a political weapon against opponents of Hillary Clinton.

While this man and his cohorts have spent years and untold millions of tax dollars to dig up any ticky-tack thing to charge anyone and everyone anywhere near President Trump with federal crimes, we now know he was rigging fake "investigations" to make sure Hillary was cleared and helping others write official memoranda - in advance - finding Hillary committed no crimes, no matter how obvious (openly destroying cellphones, computers and servers under subpoena, deleting tens of thousands of government emails under subpoena, egregious mishandling of classified documents, etc.).

This man is ADMITTING to conspiring with other Hillary supporters within the federal government to overthrow the President of the United States. He's admitting to abusing his position for political purposes. He's admitted lying to the President's face and rigging legal booby traps on his way out the door. We now know from emails and other documents this man, and others, were abusing their positions during the campaign to assure a Hillary Clinton electoral victory. If he's not charged and jailed our nation is past the point of no return.
Posted by Sean Harshey at 7:05 AM No comments: