Leftists Take Control Whether They Win or Lose 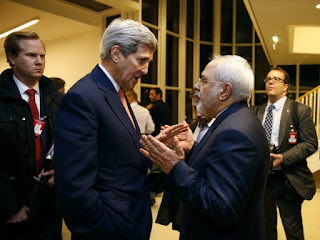 When a liberal can't win a debate, they call you a racist or a nazi.

When they lost state elections across the U.S. in landslides in 2010 & 2012 Democrat officeholders fled across state lines to deny a quorum and shut down state governments.

When Hillary lost the 2016 Presidential election, Democrats and their Hollywood friends begged federal electors to renege on their electoral commitment and to vote for Hillary and overturn the election result.

When President Trump was duly sworn in, they managed to get Jeff Sessions to recuse himself and appoint a team of Democrats as Special Counsel to investigate, harass and prosecute everyone having anything to do with President Trump.

Over the past few weeks during the hearings on Judge Kavanaugh, Senate Democrats have orchestrated ridiculous screaming outbursts from spectators and members of the Judiciary Committee interrupting, shouting and talking over the Chairman and the nominee and demanding "points of order" inapplicable to the proceeding. This week Democrats leaked a letter containing an anonymous allegation of a prank allegedly played by Kavanaugh in high school that Democrats are trying to characterize as "sexual misconduct" in a shameful attempt to smear him as having behaved like Bill Clinton, Al Franken, Ted Kennedy, Anthony Weiner, Harvey Weinstein, Charlie Rose, David Letterman or any of the other Democrats entangled in "#MeToo" accusations.

Now former democrat officials are going around the world, acting as though they are still in positions of authority, and advising America's opponents how to defeat our objectives for protecting our people, our borders and our trade.

This chaos by leftist officeholders is the suit-and-tie version of blocking highways, burning and looting stores, vandalizing or destroying monuments or physically assaulting people going to hear the President or some other person speak.

They keep doing things like this because they get away with it. There are never consequences, as officials simply looks the other way. Meanwhile, people are physically injured, speech is shut down and government is unable to function.

When liberals control the government they're ruthless. They weaponize government agencies to mercilessly stomp out political opposition. The reason President Trump won the primary and the election is because Republicans were such shameful sissies who let Democrats get away with horribly uncivil behavior without any consequences. Like a spoiled child, the tantrums have simply become more frequent and more violent. This continued 1-sided discourse has to end.

Government at every level cannot function when one party refuses to engage in civil discourse unless they control the levers of power. It is past time for that civility to be enforced by law.
Posted by Sean Harshey at 8:41 AM No comments: